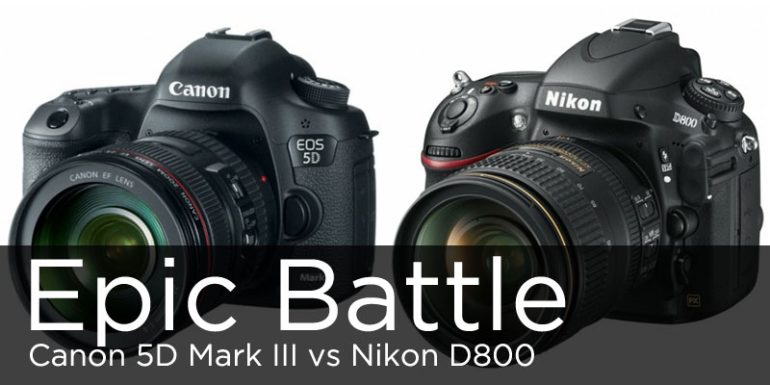 The battle between Nikon and Canon has gone on almost as long as the battle between Ford And Chevy, but no one can argue that both Canon and Nikon listened to photographers with their follow up of the 5D Mark II and the D700.

It seems again the 5D Mark III wins out in the video category of DSLRs but the D800 showed better sharpness at higher ISOs, this seems in part to its larger sensor 36.3MP vs. 22.3MP. Take a look at this great hands on video done by Kai of DigitalRevTV (follow him at @digitalrev). What it boils down to is there really isn’t one that is overall better than the other, you pick which DSLR works best for your needs. My personal choice would be the Canon 5D Mark III, just because I split 50-50 between shooting stills and video with my DSLR.